The AAS is proud to have inducted two new Life Members, Professor Philip Barter and Professor Lawrie Beilin at the 2021 Annual General Meeting. Life membership is awarded to distinguished persons who have contributed extra-ordinarily to delivering the objectives of the Society. 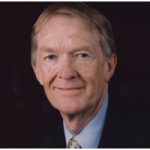 Philip Barter graduated in medicine from the University of Adelaide and gained his PhD from the Australian National University. He has held positions in research institutes and universities in Australia and the US and is now retired. He is a fellow of the Royal Australasian College of Physicians. He was the 2011 recipient of the Anitschkow Award of the European Atherosclerosis Society.

His basic research interests have been plasma lipids and lipoproteins, specifically high density lipoproteins (HDLs), the factors that regulate them and the mechanisms by which they protect against cardiovascular disease. His clinical research has involved participation in clinical trials of lipid-lowering agents. He was a member of the steering committees of the FIELD study, the REVEAL the HPS-3 TIMI-55 trial and the ACCELERATE trial. These latter two two large-scale clinical outcome trials assessed the ability of CETP inhibitors to reduce CV risk. He was co-chair of steering committee of the DEFINE study and was chairman of the steering committee of the ILLUMINATE trial. He has published more than 300 peer-reviewed research papers on plasma lipids and lipoproteins, their metabolism, regulation, function and relationship to atherosclerosis. He has also written handbooks on HDL and CETP inhibitors.

Recognizing that atherosclerosis has become a major global epidemic, he is committed to the development of atherosclerosis research and education programs in countries beyond North America and Western Europe, including South and Southeast Asia, South and Central America, the Middle East and Africa.

Since then Lawrie has developed a research team at The University of Western Australia (UWA) that has been responsible for major advances in understanding the role of diet and lifestyle in people who have high blood pressure and cardiovascular disease. Under his leadership, the group pioneered the application of randomised drug trial methods when studying the effects of nutrition and lifestyle factors on blood pressure predisposition to heart attack and stroke. Lawrie’s current research interests encompass nutrition, lifestyle and genetic interactions, the developmental origins of cardiovascular disease and two major primary prevention trials (ASPREE and STAREE) in the elderly. Through national and local leadership roles with the International Society for Hypertension, the World Hypertension League, the Australian High Blood Pressure Council for Research and the Heart Foundation, he has actively promoted research about the importance of lifestyle and appropriate treatment in the prevention and management of cardiovascular disease. Much of the public health and medical advice about non-drug measures for the prevention and management of hypertension stems from painstaking factorial design trials by his research team. This world-leading group continues to explore the myriad ways issues such as weight control, fruit and vegetable consumption, alcohol moderation, dietary fish oils and physical activity impact blood pressure.  Lawrie was appointed an Officer of the Order of Australia (AO) for contributions to Medical Research and Education.

Lawrie has been a long-standing member of the AAS, encouraging many of his team to also actively participate. The strength of the Western Australian atherosclerosis research and clinical community is a testament to his leadership.