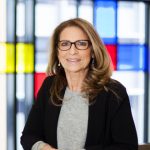 Judy de Haan [B.Sc(Hons), PhD] is Head of the Oxidative Stress Laboratory at the Baker Heart and Diabetes Institute, Melbourne, Australia. She holds adjunct positions at Swinburne Uni, La Trobe Uni, Melbourne and Monash Uni. Prof de Haan obtained a BSc (Hons) and Master’s degree from the University of Cape Town, South Africa and a PhD from Monash University. She was recruited to the Baker Institute as a Leader of the Oxidative Stress Group which she established in 2004. In 2017, she was appointed a Baker Fellow and Head of the Oxidative Stress Laboratory. In 2019 she was appointed a member of the Drug Discovery and Translation Flagship of the Australian Cardiovascular Alliance (ACvA). Her research aims to improve the lives of diabetic patients by reducing the burden of cardiovascular complications. In particular, she focusses on reducing the pathogenic consequences of oxidant stress in diabetic complications. 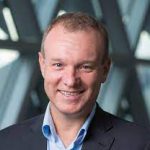 Stephen Nicholls is the Director of Monash Heart and Professor of Cardiology at Monash University, and will be the Director of the Victorian Heart Hospital. He completed his cardiology training at John Hunter Hospital and PhD at the University of Adelaide, prior to holding a postdoctoral fellowship and faculty appointment at the Cleveland Clinic. He returned to Australia to serve as the inaugural Deputy Director and Heart Health Theme Leader at the South Australian Health and Medical Research Institute. His research interests focus on the role of metabolic risk factors and imaging in atherosclerosis, with work spanning from early discovery to leadership of large clinical trials. He is Chair of the (i) Scientific Committee of the Australia and New Zealand Alliance for Cardiovascular Trials, (ii) Asia Pacific Cardiometabolic Consortium and (iii) Future Leader Fellowship committee of the National Heart Foundation, Secretary of the Cardiac Society of Australia and New Zealand, Fellow of the Australian Academy of Health and Medical Sciences and founding board member of the Australian Cardiovascular Alliance.

Peter Psaltis, MBBS (Hons), PhD, FRACP, FCSANZ is an Academic Interventional Cardiologist in the Central Adelaide Local Health Network. He currently holds Level 2 NHMRC Career Development and National Heart Foundation Future Leader Fellowships, and a Faculty position in the Adelaide University Medical School. He is also Deputy Leader of the Heart Health Theme and Co-director of the Vascular Research Centre at the South Australian Health and Medical Research Institute (SAHMRI). A/Prof Psaltis completed his PhD in 2009, studying the cardiovascular reparative properties of immunoselected bone marrow mesenchymal precursor cells, and then undertook a postdoctoral fellowship in vascular adventitial biology as an NHMRC CJ Martin Fellow at the Mayo Clinic, MN, USA (2009-2012). This was followed by an Interventional Cardiology Fellowship at Monash Health, Melbourne (2013-2014), before returning to Adelaide in 2015. In addition to his clinical roles, he leads a bench-to-bedside research program focused on the developmental origins, molecular and pharmacological regulation of macrophages in healthy and diseased vasculature, and the applications of stem and progenitor cells in cardiovascular therapeutics. He is an Associate Editor for Heart, Lung and Circulation and serves on the editorial boards of Cardiovascular Research and Journal of Geriatric Cardiology. 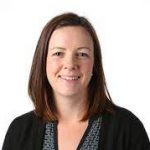 Kristen Bubb is currently a group leader in the Biomedicine Discovery Institute and Victorian Heart Institutes at Monash University. Kristen obtained her PhD in 2010 at Monash University, working on the developmental origins of cardiovascular disease.  She then moved to London to work in Vascular Pharmacology where she was funded by a fellowship from the British Pharmacological Society, before being recruited to the new William Harvey Heart Centre for a post-doctoral position in Cardiovascular Pharmacology. She was then recruited to the University of Sydney, Kolling Institute of Medical Research in 2015 to co-lead the Oxidative Signalling Laboratory with Prof Gemma Figtree and developed a research program of investigating novel therapeutics and signalling pathways applicable to vascular diseases. At the end of 2019 Kristen started in her current position to establish a new laboratory in partnership with Prof Stephen Nicholls. Her main research interests are to investigate inflammatory signalling in vascular diseases, with the aim of developing novel therapeutics for vascular diseases such as atherosclerosis and pulmonary hypertension.

Natalie Ward obtained her PhD in 2004 at the University of Western Australia. Following this, she undertook a NHMRC CJ Martin Postdoctoral Fellowship at the University of Massachusetts in the US  before returning to UWA, where she then held NHF and RPH/MRF Postdoctoral Fellowships. She is currently holds a Senior Research Fellow position within the Dobney Hypertension Centre, Medical School at the University of Western Australia, is Registry Coordinator for the WA Cardiac Outcomes Registry (WACOR) and Secretary of the West Australian Cardiovascular Research Alliance (WACRA), as well as holds an Honorary Position in the Harry Perkins Institute for Medical Research. She serves on the Editorial Boards of Scientific Reports, Oxidative Medicine & Cellular Longevity and Food & Function. Her research interests include vascular dysfunction and atherosclerosis, lipid disorders and statin intolerance, and the role of the gut microbiome in CVD. 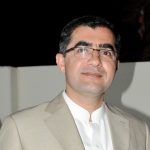 Waheed Khan is a National Heart Foundation funded Research Fellow within the Department of Diabetes, Monash University, Australia. He is interested to study epigenetics of cardiovascular complications of diabetes. His latest work identified the role of exercise induced epigenetic changes associated with reduced oxidative damage and improved micro vascular phenotype in the elderly. His is currently working to understand the role of epigenetic mechanisms in diabetes associated atherosclerosis. 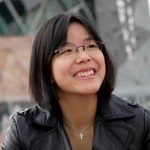 Joanne Tan is a senior postdoctoral researcher with the Heart Health Theme at the South Australian Health & Medical Research Institute. Prior to this, she was at the Heart Research Institute where she investigated the vasculo-protective effects of HDL. Since 2011, her research focusses on the mechanisms underpinning the ability of HDL to regulate angiogenesis. She now seeks to identify novel therapeutic targets to relieve the debilitating effects of diabetic vascular complications. 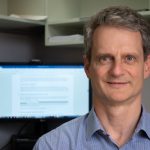 Carl Schultz is a clinical academic interventional cardiologist at Royal Perth Hospital and the University of Western Australia. His research focusses on better approaches to risk stratify and prevent CVD in high-risk populations. He has extensive experience in novel imaging modalities and established the use of OCT and 18F Sodium Fluoride PET for imaging atherosclerosis in Western Australia. He is also the Director of a very successful Cardiology clinical trials unit and the founding clinical lead for the West Australian Cardiovascular Outcome Registry (WACOR). 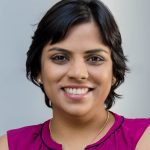 Denuja is a Team Leader/IMB Fellow at the Institute for Molecular Bioscience, The University of Queensland. She is macrophage biologist with research interests in cardiometabolic diseases and therapeutics. She completed her PhD in platelet biology at Monash University, followed by the prestigious National Heart Foundation postdoctoral fellowship at the University of New South Wales and an Endowed Cardiovascular Genetics Postdoctoral Fellowship at the University of Ottawa Heart Institute, Canada. Her research has defined novel pathways in platelet receptor regulation in thrombosis (Blood); macrophage inflammation, metabolism and cell death in atherosclerosis (Circulate Research, ATVB, Science Advances  Circulation); and more recently, genetic regulation of adipose tissue inflammation during obesity (Nature Metabolism). She’s the recipient of numerous awards, including the 2020 Queensland Women in STEM Prize, 2019 ASMR Queensland mid-career Research Award finalist, 2019 American Society for Investigative Pathology Young Scientist Leadership Award and 2017 American Heart Association 2017 ATVB Early Career Investigator Award finalist. As an emerging leader in the field of atherosclerosis, she serves as an invited early career member of the Arteriosclerosis, Thrombosis and Vascular Biology (ATVB) journal editorial board and an ambassador for American Society for Investigative Pathology. She is an ardent advocate for research trainees, especially women in STEM, and has served in leadership roles in various trainee and young investigator committees in Canada and Australia. 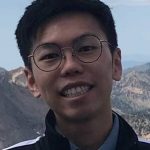 Sam is a Group Leader in the Division of Immunometabolism of Baker Heart and Diabetes Institute directed by Prof Andrew Murphy. Sam completed his PhD in 2017 and joined Prof Andrew Murphy’s group in the Haematopoiesis and Leukocyte Biology Lab at Baker. He has been a recipient of the National Heart Foundation Postdoctoral Fellowship and the NHF Paul Korner Award. His work focuses on how dietary risk factors contribute to cardiovascular disease. He has published a number of manuscripts in leading journals such as The Journal of Clinical Investigation and Arteriosclerosis, Thrombosis and Vascular Biology. 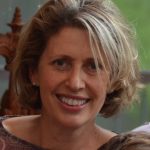 Jennifer Seabrook [BSc(Hons), GAICD] was first associated with the AAS in the late 1980s as a member, and worked closely with several clinical members as Clinical Research Manager, including managing the LIPID Study for Bristol-Myers Squibb. When she and Ray established their consultancy, AAS was their first client with the design of the previous logo.  From 2000, Jennifer managed the AAS business affairs and conferences, before accepting AAS Life Membership on retirement in 2014. Jennifer was invited onto the Executive in 2021 and brings significant corporate history to the team. 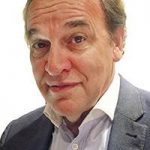 Gerald Watts (DSc, MD, PhD, FRCP, FRACP) is a Professor in the Medical School, University of Western Australia and a consultant clinician and Head of the Lipid Disorders Clinic at Royal Perth Hospital. Gerald has had a long-held, internationally recognised interest in Familial Hypercholesterolaemia (FH) and was the driving force behind the AAS’s establishment of the FH Australasian Network and the FH Registry. 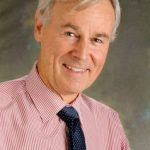 David Sullivan is a physician and chemical pathologist in the Department of Clinical Biochemistry at Royal Prince Alfred Hospital. This includes conjoint appointment as Associate Professor, Faculty of Medicine at the University of Sydney Central Clinical School. David has a long-term interest in lipid metabolism with particular emphasis on the environmental component (especially dietary) of gene – environment interactions contributing to cardiovascular disease. He has been involved in the early use of many forms of lipid-lowering intervention and has a particular interest in interventions arising from nutritional principles, such as the cholesterol-lowering effect of plant sterols. His other main interest is the improvement of detection and management of severe inherited dyslipidaemia, such as that seen in Familial Hypercholesterolaemia.